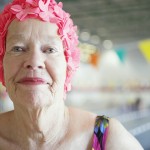 Memoir is about people and experiences. It’s about relationships, connection. And characters — the people in our life stories — are at the heart of it all.

I see some of my students and clients writing memoir that can suffer from describing incidents one after another, neglecting the important fact that the reader doesn’t know the characters involved. When we know a character we typically care more about the story.

Popular memoirs are popular in part because the writers of them don’t make those assumptions. They flesh out the people in their memoir so they become as fully dimensional as characters in a novel — or as real as the real people in our lives.

And you need to let yourself be known, too. One of those characters, believe it or not, is YOU. Just because you’re the one holding the pen doesn’t mean your reader knows you at the various ages you’re writing about. When you see yourself as the multidimensional, 3-D character you are, you populate your own story more fully. All of the scenes and the narrative that moves the story forward is infused with you in your many dimensions — your style, your values, your habits, your inconsistencies.

Let’s take a look at a few good ways to draw those dimensions.

1) Don’t put someone in front of a mirror and describe what they see. It’s as flat a method of showing someone as the mirror they’re looking into.

2) Don’t list character features: hair color, height, weight, eye color. The details may have a place somewhere, but forget the list. It doesn’t belong in a narrative, it belongs on a driver’s license.

3) Sprinkle in details here and there that show you and others around you in the time and place you’re writing about.

4) Too much detail can look heavy-handed, overly conscious, make the reader aware of you as a writer instead of feeling like they’re in the story and you’re the invisible guide. You don’t need to put in everything you know and certainly don’t need to do it all at once.

How much is too much? Notice what other writers you like do with this and read over your drafts for too much or not enough. It’s like adjusting the spices when you’re cooking.

As storyteller, you are the one to give your characters life on the page. If your characters are flat, your writing will be too.
In real life we get to know people gradually. Character details reveal themselves over time, whether we know a person for two hours or twenty years. Similarly, characters are best revealed in memoir through progressive scenes, as time passes. And by the details you give about them, their layers unfold and the reader gets to know them more deeply than they would if all the character detail came in a single paragraph.

Mannerisms and habits, personal style and personality-revealing actions show character. When you intersperse these sorts of descriptive details throughout your writing the reader gets to know the characters through her encounters with them. They begin to live on the page. She probably won’t remember from three chapters back that Grandpa had hazel eyes and was balding, but she will remember that he lit a fat cigar after every meal and relit it at least ten times during an hour’s sitting.

Sensory details are helpful too, as they draw us viscerally into a scene and help us know a character in ways we wouldn’t without them. Kim Chernin did this beautifully in her memoir, In My Mother’s House: She was a woman who woke early, no matter how late she went to bed the night before. Every morning she would exercise, bending and lifting and touching and stretching, while I sat on the bed watching her with my legs curled up. Then, a cold shower and she would come from it shivering, smelling of rosewater, slapping her arms. She ate toast with cottage cheese, standing up, reading the morning paper. But she would always have too little time to finish her coffee. I would watch her taking quick sips as she stood at the door. “Put a napkin into your lunch,” she’d call out to me, “I forgot the napkin.” And there was always a cup with a lipstick stain standing half full of coffee on the table near the door.

My 6-week online memoir course features good lessons on writing character. Read about and be in touch!