The Power Is In the Details 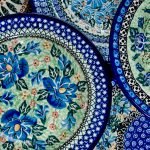 We live in a world of specifics. Those aren’t just pretty flowers growing out front, they’re elegant red roses. It’s more than a windy night. Tree boughs thrash dangerously against the windowpane. The morning is beautiful—but in what way? Bright sunlight fills the room when you raise the shade.

Specifics, or details, point to the moments that make up the bigger picture. Well-chosen details bring the world of the story to life, they give your readers a sense of “being there.”  Details show you’re an authority on your subject; readers see you have intimate familiarity.

Let’s say you get into a car with your father in a scene. You could simply say you got into your father’s car. Or you could go a step further and say you got into your father’s ’55 Chevy. Going another step further, you could say you’re sitting on the bench seat of your father’s blue ’55 Chevy. Now you could add an action that shows your father—and you. Does he turn on the radio? Was the radio already tuned to a country station? That would imply that he regularly listens to country music. Did you want to cover your ears when he sang along tunelessly to every song that came on? Or did you sing along with him? Maybe your dad was the kind of guy who would turn on the ballgame and light another cigarette. Add your response to that. Did you roll down the passenger window and wish the ride was already over?

What can well-chosen details do?

• Details can reveal more of the truth of a situation. Let’s say I want to write about where I sit right now. I could describe my office. I could add that it’s a warm day in February and that’s unusual for this time of year. I could take it further, expanding on what I’ve already written with added details. I could write that I sit at my desk on a February afternoon and the only sound is the whirring of the overhead ceiling fan. Temperatures are in the 70s, unusual for a winter afternoon on the northern coast of California. But weather patterns are changing. This is another year of the drought. And fire season is hovering right around the corner.

• Details can show the qualities of a character. If I’m writing a story about my grandfather, I could say he smoked cigars. Or I can show him in action with his cigars, revealing something of his style. My grandfather tucked two cellophane-wrapped cigars in his breast pocket before grabbing his suit coat every morning.  In her book about life on the Wyoming plains, The Solace of Open Spaces, Gretel Erlich introduces a character this way: John, a sheepman I know, is tall and handsome and has an explosive temperament. They call him “Highpockets” because he’s so long-legged; his graceful stride matches the distances he has to cover. I have a better picture of this character because I know he has an explosive temperament. That detail gives so much more than his being tall and handsome. I see the man, too, because of his nickname—Highpockets. It’s casual, the name has a country kind of feel.  And it’s fitting for the author to describe the character’s stride as matching the distances he has to cover: the book is about life on the open, ranging plains of Wyoming. The guy belongs here.

• Details can show the particulars of place. Here’s an example from Jeanette Walls (The Glass Castle): The house we rented had been built by a mining company. It was white, with two rooms and a swaybacked roof. There were no trees, and the desert sand ran right up to the back door. At night you could hear coyotes howling.

Because of the specifics, particularly that the house had two rooms and a swaybacked roof, that there were no trees and the desert sand ran right up to the back door, I have a clear idea of where Walls lived. The location is clearly set. And the tone, the mood, is here, too, when she writes, “At night you could hear coyotes howling.” There’s a wildness associated with coyotes howling and a lonely feel. I know the house was not in a suburb. And Walls never described the place as “remote” or “wild” or “lonely.” She showed those qualities through the details she chose. Readers are well prepared for the incidents that take will place in this location she’s set.

How do you mine your memory for details?

When you’re reviewing a completed draft of a story, linger for a moment over scenes, characters, and location descriptions and look for details that help convey look and feel. Prod your memory for more information about a location or a character. Collect more details than you need. Choose from the material you get and use only the details that make the best sense to include.

Here’s a tip: Open a good book and study a single page for details. Notice whether they engage your attention, see how they stimulate your emotions. Imagine the sentence, phrase, or paragraph without them.

Remember, there’s power in the details. Choose them well and they’ll work for you.