Can You Put Song Lyrics in Your Book? 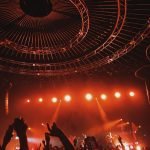 Music has captivated over the airwaves for almost a century, with every decade defined by its trends. Like me, you may feel that some incidents or time periods in your life have a soundtrack. Music describes a feeling and an era like little else can. (Bing Crosby is the ‘40s, Elvis is the ‘50s, Janis Joplin is the ’60s).

In memoir, a few occasional lines of well-known lyrics can seem ideal to include. But is it legal to include lyrics in your published work?

In the book I’m writing, which focuses on an important story from the 1960s and 1970s, music plays a key role. In early drafts, I included a few lines from Pink Floyd’s song “Time” at a moment where they fit beautifully. I included a few other lines in select places to reveal part of the story as the story unfolds and tensions progress. I knew I would remove the lyrics later, in my final draft.

That time is now. I have to cut the song lyrics.

Song lyrics may be important artistically, but in the reality of book publishing, they don’t have a place. That’s right. Song lyrics cannot legally be included in a published book.

You can read more about using song lyrics in this post on Book Baby and get some questions answered here. Helen Sedwick’s The Self-Publisher’s Legal Handbook is another good resource for information.

In a nutshell, get ready to include nothing more than song titles in your published book. They are all that’s legal to include about a song without expensive permissions—if you can even obtain those permissions from the copyright owner.

Trusty Tip: If you’re cutting song lyrics and replacing them with a song title, consider changing the song to one with a title that communicates clearly what you want readers to know. For my book, in one case, lyrics I used in a first draft were from a song called “The 59th Street Bridge Song,” by Simon & Garfunkel. That title did nothing to show mood and era in the scene I was writing. I changed the song to “Incense and Peppermints” by Strawberry Alarm Clock, gained some, lost some. But, oh well. Feelin’ groovy yet?