How true is your story? Can you possibly remember everything important to include in a scene from an event that happened thirty or forty years ago? And what about emotional memory versus fact—the truths you know by experience that can’t be verified by provable facts? 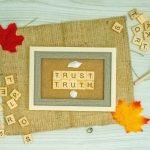 With memoir, truth is expected. It’s expected that you’ll tell the truth to the best of your ability. You’ll strive for accuracy and include only the material that’s needed to tell your story well, the events that serve the story. You’ll research verifiable facts, like dates and names of locations.

Fiction can be closely based on personal experience, like Dorothy Allison’s novel Bastard Out of Carolina.  But memoirs are different. Memoirs are not based on a true story. Memoirs ARE a true story.

The memoir I’m writing involves events in the late 1960s and early 1970s, when I was about ten years old. My memory is very good, but I’m grateful to be able to confirm verifiable dates on the internet. What month was Woodstock held? Did that landmark event happen the same year as the Manson family murders in LA, the way I remembered it? I couldn’t feel comfortable writing about that summer of 1969 without double-checking those dates. Then there were the Kent State killings—four college students shot dead protesting the Vietnam War. All of these events affected my perception of the world I lived in. But I had to look up the date of the Kent State killings, and when I confirmed that happened the next year, 1970, I had some adjustments to make in the chapter I was writing.

Not all truths are factual and verifiable. Many truths are what’s been called “emotional truths,” they’re truths as we know them from our experience. By writing your emotional truth, or the truth as you know it, you’re not rewriting facts, you’re not changing chronology, you’re not embellishing or exaggerating for effect. You’re recalling what you can and writing it to the best of our memory.

In a scene, for instance, the dialog is not literally what was said at the time and place you’re writing about. You write dialog that is reconstructed to sound like what would have been said. The characters speaking sound like you knew them to sound. This is creative nonfiction. You have to use some of the craft of fiction to tell the true story.

The passage of time in memoir is also something that needs creative handling while you stick to the facts as you know them. Time often needs to be collapsed—a year may be written about in a single line (example: “In January the next year….”). Or maybe it’s longer, maybe it’s five years you want to cover in a single sentence. An example of that could be: “Five years passed before I saw her again.” You don’t need to write of those five years, you want to keep the story moving and pick it up after you see “her” again. You’ve compressed time.

Please understand I am not encouraging you to create fiction based on truth. I am saying you need to tell the truth and you can use fiction techniques to make the story read well as you keep time moving and keep the scenes you’ve chosen to include engaging.

Have these 5 points in mind:

2. Compress time as you need to keep the story moving.

4. Perspective is valid, and so is emotional (unverifiable) truth.

5. Be a reliable narrator, worthy of your reader’s trust.