Plan On a Bestseller? No, But Write One 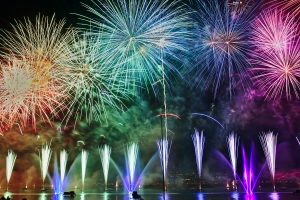 No matter how unique and compelling your story is, you set the bar impossibly high when you say you want a bestseller and nothing less. There’s no way to know that’s what your book can be.

The publishing market can be a tough world to enter with anything less than a book that’s an extreme sales success. But even Anthony Burroughs can’t bank on a hit any more than a new novelist or memoirist can. Hits usually come as a surprise to everyone, including authors. Cheryl Strayed’s Wild is an example; it wasn’t her first writing but the book became a sensation. Elizabeth Gilbert was a moderately recognized fiction writer before her memoir Eat, Pray, Love, an international bestseller, came out. (Oprah did have a hand on both of Liz’s shoulders, which, of course, didn’t hurt.)

James McBride’s memoir, The Color of Water, was a New York Times bestseller for two years.  To date it has sold more than 2.1 million copies worldwide and been translated into more than sixteen languages. About the book, McBride has said, “If I had known so many people were going to read that book, I would’ve written a better book.”

Besides writing a really good book, here are three important things you can do:

1. Build a strong platform (cultivate a big and ready readership on social media, with speaking engagements).

2. Get a good publishing contract or self-publish with a reputable company.

3. Do a top-notch book launch (including pre-orders, advance PR, and review pitches three to four months before your pub date).

Besides that, cross your fingers. Sometimes a second book sells the first one. Ann Rice’s Interview with a Vampire took several years to write before it was published in 1976. It became a hit years later, after she wrote a few more books on the subject. And yes, Interview with a Vampire was made into a movie too, in 1994 — almost twenty years later.

Patience is a virtue, right? And hard work can pay off. Let go of the idea of having a “hit” and focus on writing a good book and promoting it well.