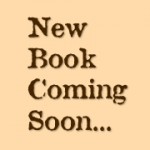 100 Years in the Life of an American Girl:

My new book will give a rare view inside: this is life in the words of young girls from around the country and throughout a century.

While the book is in production, I’ve decided to share a taste of these fabulous stories by giving a little peek into one chapter a week for the next 10 weeks. Enjoy!

 Dorothy was in sixth grade in the spring of 1932, when her family moved from town to a small, four-room house on ten acres a mile west of town with room for a cow, pigs and chickens, a vegetable garden, land for grazing and possibly a cash crop. With monthly rent at $25, her father hoped the move would help them survive the Depression and he could support the family, which by December included six kids.

We lived in a little bathless, waterless, closetless house on Berry Road with Mother, Daddy, and George, a university student who helped farm the ten acres for room and board. My bedroom was wall-to-wall beds. Mary and I slept in one double bed and Ann and wiggly Jack slept in another. The other kids were in another room. Baby Hoyl had a crib by my parent’s bed in the living room.

By the time I was up and about each morning Daddy had already eaten his breakfast, leaving some Cream of Wheat for Mother’s meal before leaving early for work. Mother usually milked the cow and set wide bowls of strained milk on the kitchen counter for the cream to rise.

Every weekday morning at churning time, a neighbor, Mrs. Roberts, came over. Mother was fastidious in handling food, especially milk, and she made sure the straining cloth was tightly secured with clothespins to keep out cow hairs or other debris that could get into the milk pail during milking. One morning Mrs. Roberts said, “Oh, Mrs. Lockett, you sure take care strainin’ your milk. At our place, we just hair the butter.”

Collecting the mail was the dreaded event of the day. The quiet quarter-mile walk to the mailboxes on River Road could have been bliss for me. There were always Scissortail flycatchers, robins, and Baltimore Orioles, and the scent of the sweet alfalfa in the air made every breath a luxury. At the corner of River and Berry roads, I sometimes saw my classmate, Dick Huff. We were too shy to say more than a mumbled greeting, but it was still a happy event of sorts.

But everything changed the day I heard that crows will dive at people and peck out their eyes. There were a lot of crows between my house and the mailboxes! I was petrified by the thought of a crow diving at me, and I was ashamed of being afraid. It was hard to protect my eyes while pretending I wasn’t a scaredy-cat, even though there was no one to see me. There I’d be, walking with my arms and shoulders and head contorted to shield myself from the crows and any possible observer. It was always a great relief to arrive home, eyes intact.

Dorothy was too young to know how desperately her parents tried to make a good Christmas for the family during those Depression years. But when she was 7, Santa came through. Big time.

It was a beautiful blue-sky balmy day — the kind of day that rarely comes to Oklahoma in winter. And there under the Christmas tree was a much longed-for Bye-Lo baby doll. You couldn’t get anything better than a Bye-Lo. Its porcelain head was shaped like a brand new baby’s, and its face was crinkled like a newborn. The cloth body was soft and cuddly. Tiny porcelain hands protruded from long sleeves with lace-trimmed ruffled cuffs. The long white dress was like a christening dress, with tiny tucks in the bodice and a round embroidered collar. It was the most beautiful doll in the world and my heart was filled with love for it.

I played with my doll all morning except for going outdoors to gather the candy, nuts, and fruits that Santa had spilled from his pack (we had no chimney for him to come down). Early in the afternoon, Mother served our traditional Christmas dinner, roast chicken with cornbread stuffing and cream gravy, homemade cranberry sauce, candied sweet potatoes, mashed potatoes and green peas (to put in the bird’s nest of mashed potatoes), spiced peaches, pickled beets, piping hot cornbread, and mincemeat and pumpkin pies with whipped cream.

Later, Daddy took Mary and me for a walk to work off some energy and give Mother a break. I wanted to show my doll to the Connor girls down the street and my Daddy finally agreed I could. I cradled my doll in my arms and skipped a little ahead of them. I saw the crack in the sidewalk, but somehow couldn’t stop. I fell hard.

Daddy gently picked me up as Mary stood staring in disbelief at my Bye-Lo baby, whose sweet china head had splintered into a thousand pieces when she hit the curb and fell into the street.

All the family in the house heard the commotion and came running to see what had happened. Mother tried to comfort me. My brother, Lloyd, picked up all the porcelain pieces — even the tiny slivers, put them on a piece of cardboard and carried them onto the sleeping porch. I followed him there and watched as he cut off bits of white adhesive tape and put my dolly back together again. It took hours to finish the task. When he put on the last bit of tape, he held up the doll for me to examine. Its head was one mass of crisscrossed tape. One look and I knew poor little Bye-Lo baby needed me and I would love her forever. I threw my arms around Lloyd and hugged him tight. He smiled his shy smile and shrugged his shoulders like it was nothing.

To pre-order the book, subscribe to my free newsletter (on the home page). It is delivered to your email INBOX approximately every six weeks. The book will be available in print and on Kindle.