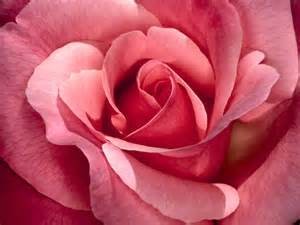 “What’s in a name? That which we call a rose by any other name would smell as sweet.”

Shakespeare shot Cupid’s bow many a time with the ageless romance of those lines, and he makes a good point: Whatever you may call someone, they are who they are, no matter how beautiful or ugly, kind or cruel.

In memoir, we’re faced with an issue equally ageless and affecting though in quite an opposite way. We’re faced with revealing — or concealing — the identities of people who have touched or influenced us in ways that could compromise us or them personally, professionally or legally.

I see it all the time in my work with memoir writers. The agonizing question about revealing identities twists writers away from the truth (“Don’t say that! Don’t write about me!”) and often sends them on a detour from the writing desk to things safer.

I’m a big proponent of truth-telling. My belief in the value of it is part of why I love memoir. But there are complications. I believe in the obvious and even medically documented values of writing the hard truths to release, to vent, to set the record straight in one’s own mind and heart. But I don’t believe that writing must always be shared with the family or the world. Every instance of it must be considered with each one handled by the writer according to the nature of the situation and the people involved.

The only overarching, blanket method for truth-telling in memoir is that the story must be accurate to the best of the writer’s memory. And to that I add be sure you’re not writing for revenge or with the intention of causing harm.

Personal
1. I’ll hurt feelings.
2. There could be damage to the person’s reputation.
3. I could affect the named person’s marriage or relationship, family or work life.

Legal
1. I could be sued for libel.

Ethical
1. The named person didn’t choose to put the story into the world, I am choosing that for them.

What’s the solution for handling these tough issues about using real names in memoir? Again, every situation has to be considered individually, and you — the writer — are the best and the only person to choose how to handle it. There are, however, some good suggestions you can follow.

1. Write the first draft for yourself. Write the unabridged, unbridled truth, and use real names when you do — the story flows more freely and more accurately from memory that way.

2. On your second draft, consider names. Are there people you’re naming whose lives, or your relationship with them, could truly be harmed because of what you’re revealing? Are you okay with it?

3. Change the names of any or all people in your memoir who could be negatively affected by what you write, keeping in mind there can be identification by default when you use your own real name as author.

4. If you change names to protect privacy you can put a disclaimer on the copyright page of the book. Your publisher will do this for you, or you can do it yourself if you self-publish. Here is an example of such a disclaimer:

Some names and identifying details have been changed to protect the privacy of individuals.

Keep this in mind, though: changing names is not a leakproof container, just as using a pen name is not. If you are to be publicly known as the author of your memoir, some people will likely recognize aspects of your story and the people in it.

The bottom line? Write what you’re comfortable having people know. Some of the most popular memoirists today have exposed themselves in ways people never would have thought to do just twenty years ago: Cheryl Strayed, in Wild (she used heroin and has descriptive sex) and Elizabeth Gilbert, in Eat, Pray, Love (she was a muscous-y puddle on the bathroom floor sobbing her heart out about her empty marriage; later, she gave herself an orgasm after a first date with a man who inspired her passion). Both of these runaway bestsellers have been made into a Hollywood movie.

As poet Mary Oliver has written, what is it you plan to do with your one wild and precious life? And, I ask, what will you say about it?