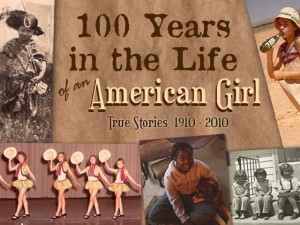 Today I heard author Jack Canfield (Chicken Soup for the Soul and many others) speak. This biggest-ever bestselling author — Canfield has had 47 separate titles on the New York Times bestseller’s list since 1976 — talked about growing up a coal-miner’s son in West Virginia and charting a path so far beyond his dreams. Like me, his dreams were not about being rich, they were about positively influencing people’s lives, having an impact through story. And he’s done that. (He’s even received over 2,000 letters from teenagers telling him the stories in one of his books kept them from committing suicide.)

Canfield also talked about something I knew, that writing a book isn’t just about an expression of the heart. It’s a business. I’m not only in it for the love of words.

Pursuing our dreams can be the most important thing we ever do. And dreams are on my mind a lot these days, with my Kickstarter up to fund the launch of the series, “100 Years in the Life,” starting with “100 Years in the Life of an American Girl.” Every day I’m reminded of the courage and determination dreams take to bring to life.

Contributions start at less than the price of a double latte.
And that’s why I turned to Kickstarter in the first place. Kickstarter is an online crowdfunding platform for creative projects, and for projects like mine, it can mean the difference between just one book and a series of books. If my Kickstarter reaches goal at closing June 24 (it’s halfway there), hundreds of people can submit their stories to future books, starting with being a teenager in the decade they were one, and going on to so much more. There’s tremendous power in the real story. It’s the stuff you’ll never find in history books and what life’s really all about.

Take a look at my short Kickstarter video and find out all about it.

There can be risks in pursuing dreams, and there are risks in having a Kickstarter: It’s all or nothing funding, which means I have to meet goal by June 24 or no pledges made are paid (as of today, 49 pledges have been made). Zero. Square one.

Mathematical people might say, “Hmmm. You have 12 days left and you’re only halfway to goal.” People like me don’t look at the numbers like that. We keep our eyes on the vision for what can be, and what will be, if you decide to be a part of it. Crowdfunding isn’t based on daily averages, it’s based on spreading the word and letting people know how much this project matters and how easily they can help it get into the world.

Many writers have reached their publishing goals because of Kickstarter. They inspire me. Their supporters know the value of print and ebooks and their power and possibility for sharing what matters so much: the story. And with “100 Years in the Life,” that’s what it’s about. Lessons of experience. Culture chronicled in exciting and unexpected ways. Fun and fascinating details that turn history 3-D. We’re all a part of it. Let’s put it into print.

Visit Kickstarter for all the goodies. And please spread the word whereever you can. 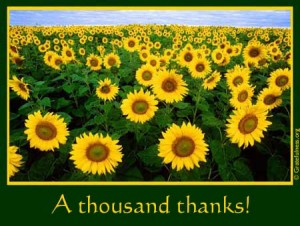