Imagine What You Remember 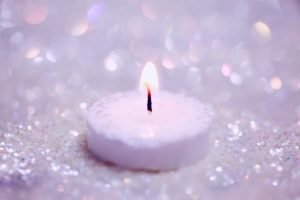 Memory’s a funny thing. Something that happened thirty years ago can seem like it was yesterday. And what happened yesterday—like what you talked about with a friend—can be hard to recall.

Amy Tan’s 2018 memoir, Where the Past Begins: Memory and Imagination, is worth a read. But there’s nothing like your own experience to illustrate the important and necessary role imagination plays in memoir writing.

With memoir, or creative nonfiction, you’re required to show—to animate—relevant events in stories you create from out of experience. What can you do if you don’t remember something clearly? You’ll draw on a combination of memory and imagination.

Let’s look at an example. Let’s say that in 1968 your older brother was drafted to fight in the Vietnam war. When he came home four years later he was different than you remembered. You were eight years old when he left, and your memories of the time are impressionistic, vague. Impressions—an aspect of emotional, not fact-based, memory—are a significant and valuable aspect in writing memoir.

Your task as a memoir writer is to find and use what’s relevant to your story as you dive deep into the place where images and impressions are vivid but the details are clouded by time and your ability to interpret and record what you saw at the age you were at the time of your story.

Here are some guidelines for when memory is vague or hard to recover. You’re going to dive deep and enter fertile territory.

• Close your eyes. Drop down into that time. Sit with the memories and the feelings they evoke. Be curious. Ask yourself questions. Answer what you can and keep going

• Let the image that comes in fill your mental screen. Look for the details—the sights, the sounds (what you heard). Open to feelings you may have had at the time. In our example, maybe your brother wasn’t shaving now that he was home. In your mind, he stayed baby-faced and clean-shaven the four years he was away. His new look—a scraggly beard—was another way he was a stranger to you now. Your emotional memory has a clear point of focus. When you notice that, write it down. When you go back to your writing, you can describe the changed relationship with your brother even though the details from that time are dim in your memory.

• Linger in a memory, even if it’s vague and impressionistic. Diving deep can take time.  Continuing with the example of a brother’s return from the war, let’s say you remember now that your mother didn’t like his beard. One morning he dragged himself to the breakfast table to join the family. Right away, your mother told him she thought he should shave. There was a fight. You remember shouting, a chair fell over on its back. Stay in. Ask yourself questions. What did you do? If you don’t remember, imagine what you might have done. What would have been likely at that time? This is where imagine meets memory. Whatever you choose to include here will help dramatize, or animate, the story as you show yourself at that time by how you respond to the family conflict. Did you cower, watching from your seat? Did you get involved, confront your mother, defend your brother?

• Imagination and memory work can together harmoniously. You are creating using the truth of a situation. You’re not exaggerating, you’re not fabricating without basis in fact. Ask yourself what you might have said. Put it into the scene. If you would likely have defended him to your mother, maybe you write: “Leave him alone, Mom! He just got home.” Your brother throws you both a scathing look and flees the room. Your mother sobs into her hands. Here’s a good entry point to include about how your mother seemed to respond to your brother after his return from Viet Nam. She may have held onto that same image of the baby-faced boy as you did, the one who didn’t come home, the one who would never come home again. All of that came from sitting with the vague memory of your brother’s return from the war when you were twelve.

You can uncover and dramatize so much about a time you thought you barely remembered. Follow the steps. Dive deep, stay curious, ask yourself questions, and linger long enough to uncover details to help you fairly illustrate with a mix of memory and imagination. You’re on your way.