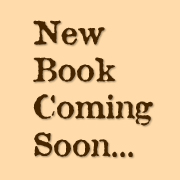 “100 Years in the Life of an American Girl: True Stories 1910 – 2010,” will showcase life through the eyes of young girls from around the country with six or seven stories of girlhood in the words of the girls themselves in each chapter.

Collecting these stories by submission and interview has been fabulous! I’ve decided to share some of this pleasure by giving a little peek into one chapter each week for the next 10 weeks. Enjoy!

FROM 100 Years in the Life of an American Girl:

Crank Up the Car!

In 1911, when Florence was 5 years old, there weren’t many cars on the roads. Car dealers went door to door in her neighborhood, showing off the new machine they parked outside. One day a car dealer knocked the door to Florence’s house, and when he left her Dad had big news: he had bought his first car. It was time for a ride.

We all gathered outside to watch my dad crank the engine using a hand crank attached to the front of the car, between the headlights. The engine turned over with a loud sound, and everyone cheered. My dad told us to hurry and get in before the engine stopped. We were all so excited. The next thing I knew, we were moving along without our feet touching the ground! My mother was laughing and hugging my father as we bounced along down the street. Neighbors came outside to see us and they waved as we passed.

After that we took drives every Sunday after church. We whizzed along at 25 miles an hour as my father navigated the narrow roads roaming the countryside, my mother beside him and we kids in the back seat, loving the feel of the wind in our hair. These roads, my dad told us, were Indian trails before the settlers came in with their horses and wagons and widened the paths. We were seeing the world!

Join the pre-order mailing list by subscribing to my free newsletter (on the home page). It is delivered to your email INBOX approximately every six weeks and will have a link for you to pre-order the book, which will be available in print and on Kindle.